The Key To Addressing Gynecomastia's Psychological Toll On Men

"It saved my son's life," says Helen Roberts with a hint of emotion creeping into her voice.

Gynecomastia is a real condition. There is support for you, as well as relief.

About a year ago, Helen's son, Jay, a 15-year-old high-school student from Toronto underwent surgical intervention to remove excess breast tissue from his chest. Jay suffered from gynecomastia, a condition marked by abnormal male breast development, common in adolescent boys between the ages of 11 and 14.

But while the condition usually subsides by the end of puberty for most boys, Jay's gynecomastia didn't go away. It followed him into high-school, where he was bullied, beaten and teased for having 'man boobs'.

Fear that the taunting would harm her son's emotional well-being, Helen pushed for doctors to intervene surgically.

"Our pediatrician was skeptical at first. She said the surgery wasn't necessary, but when she saw Jay's and my desperation, she booked us a consultation with a plastic surgeon specializing in gynecomastia," Helen says.

Getting men to open up about health issues can be tricky. The pressure to fulfill a gender role that demands toughness often means that men suffer in silence rather than seek the help they need.

"Self-care and coping skills are emphasized for women and girls, however, this message is often not conveyed to men and boys," says Camille Quenneville, CEO of the Canadian Mental Health Association, Ontario. Rather than express their feelings and seek out treatment, men tend to neglect self-care, which, Quenneville continues, "Can lead to negative repercussions on mental health."

It should come as no surprise that men with gynecomastia often endure significant teasing and embarrassment. Even mild gynecomastia can have adverse psychological effects on boys and men.

This emotional distress can cause the development of serious body-image issues, such as avoidance of exposing the body, withdrawal from peers, and depression.

"Many men with gynecomastia, whether it's severe or not, become withdrawn, depressed or anxious about the problem, which ends up having tremendous effects on their enjoyment of life," says Doctor Craig Fielding, a Toronto-based plastic surgeon.

Doctors hope that by raising awareness about gynecomastia, they can remove the stigma surrounding it and empower men to seek out surgical intervention, which is the only effective treatment.

"The surgical treatment of gynecomastia typically involves removal of excess breast-associated fat by liposuction, and usually some removal of the glandular component by excision," says Fielding. "This surgery can be done safely as a day procedure, and requires either a general anesthetic or local in some cases."

Following the surgery, a compression garment is worn for about three weeks to decrease swelling and speed recovery. Scarring from the procedure is generally subtle, and most men can achieve a more normal chest shape.

"An ideal result after surgery is a combination of improved appearance, and increased self-confidence," Fielding says.

Because of the psychological toll that gynecomastia can have on males, early intervention and treatment can be helpful. Most patients, however, seek help years later, and feel much better about themselves as a result of surgery.

Helen certainly believes that surgery was the best option.

"I noticed a change in Jay the moment we left the doctor's office," Helen says. "Today, everything's changed. He's back to his old self. He jokes around, he goes out with friends, he plays sports. It's incredible."

"A few weeks ago, he walked out of his room wearing a pair of shorts and just a t-shirt, and he looked at me and he smiled. And then he looked in the mirror and smiled again. And it was like, ' He's back!' 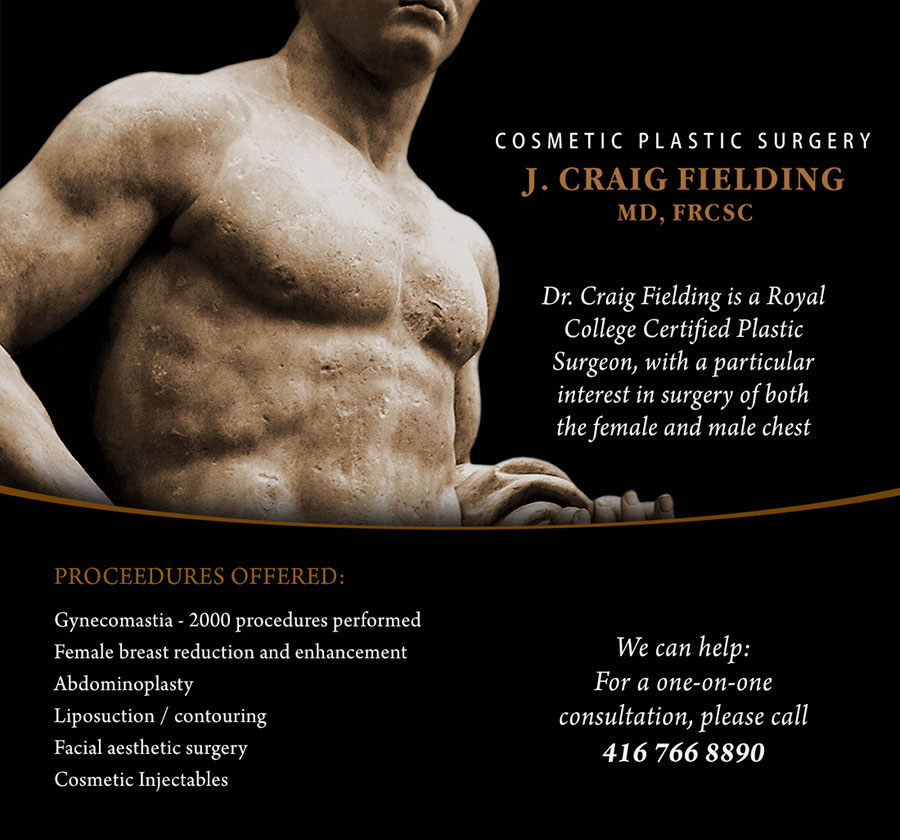